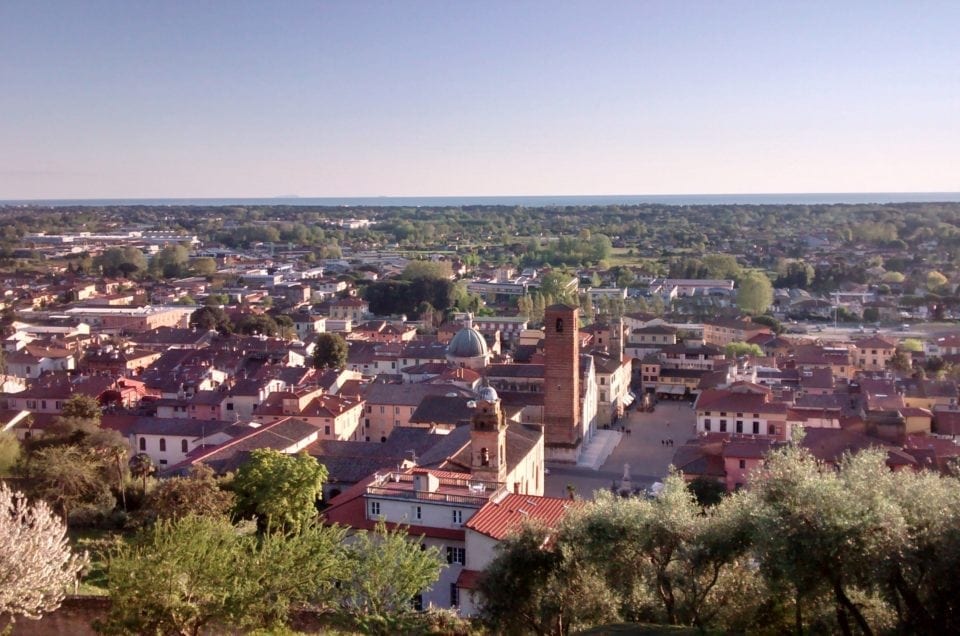 Pietrasanta is a town of Medieval origins and it is considered the capital of marble manufacture. It is in the province of Lucca and it has a population of about 24,000 inhabitants. The Collegiata of San Martino and the church of Sant’Abate can be admired here.

The town has the name of its founder, the podestà of Lucca Guiscardo d Pietrasanta. He gave life to the original nucleus of the village near the Stronghold of Sala, an ancient fortress born when the Lombards dominated the area. Yet, an authentic economic and urban development of the town took place when Castruccio Castracani ruled the town between 1316 and 1328.

Later, the town was governed by Genoa in exchange for a money loan. After Lucca temporarily ruled the town, it was obliged to cede it and the port of Montrone to Genoa since it lacked the funds to buy it definitively. In 1484, the town that the Medici’s Florentine troops were besieging and occupying, entered the dominions of the Grand Duchy of Tuscany.

In 1494, a new ruler came when the French troops led by the king Charles VIII D’Angiò came to Italy, conquered Pietrasanta and gave it to Lucca. In 1513, the fruitful intervention of Leo X, the pope son of Lorenzo The Magnificent, consented to Florence to take the village back and Pietrasanta once and for all became part of the Tuscan Grand Duchy.

The Medici’s government did not carry out any meaningful work in the territory, while the dynasty that took the power in Florence in the XVIII century, the Lorraine, performed many changes. At the end of the XVIII century, in particular, many reclamations were completed and thanks to them Pietrasanta extended its territory remarkably. Soon, the ancient village obtained the rank of “noble town” in 1814. Its patrimony represented by the beautiful buildings of the time and by the already consolidated manufacture of marble caused the growth the “elite” tourism of the peninsula.

In 1860, the vicariate of Pietrasanta as annexed to the recently-born kingdom of Italy with a plebiscite. Besides the modern town, such vicariate embraced the territories of the so-called “Versilia Storica”, that is to say Forte dei Marmi, Seravezza and Stazzema. They became autonomous at the beginning of the XX century by benefiting from the population increase that had stemmed from the very Leopoldine reclamations of the previous century.