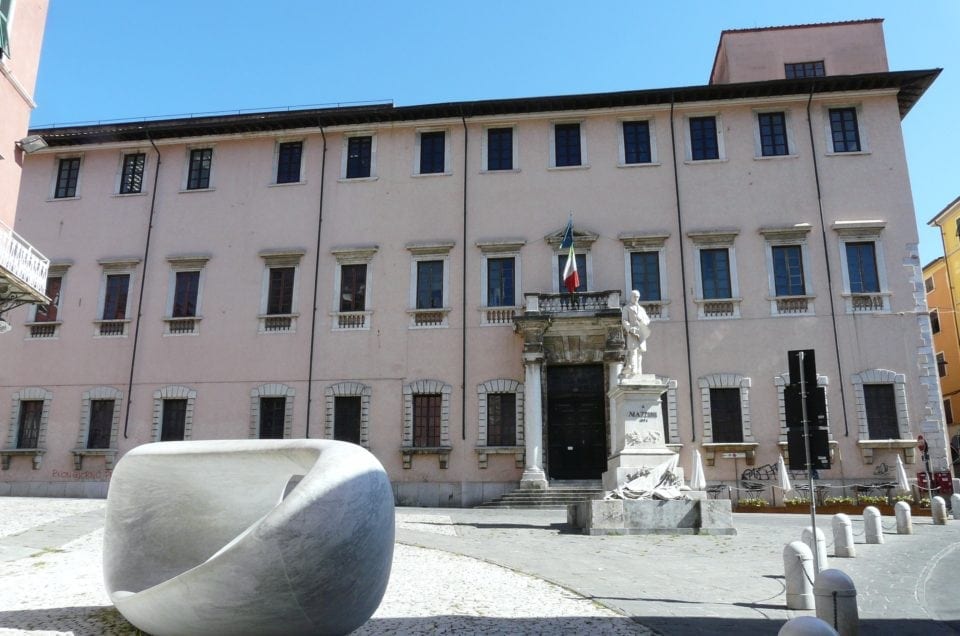 Carrara is at the foot of the Apuan Alps and is a city famous all over the world for the extraction and manufacture of its very precious marble, with which some of the most important Italian architectural and sculpture monuments are made. The town’s old centre houses the Romanesque-Gothic Dome and the Rocca Malaspina.

In the area of Carrara the first traces of human settlement date to before the Middle Paleolithic, even if historically the Liguri Apuani mainly settled the lands of Carrara.

They were an ancient population probably coming from Asia (as their Pre-Indo European language shows) who inhabited this area to avoid the Celts’ pressure in Northern Europe. They entered into contact with the Romans immediately after the Punic Wars and, since 193 B.C., they had fought a long battle against them to defend themselves from colonization.

In the first decades of the II century A.D., approximately, the Romans won the Liguri who were then annexed and obliged to move towards the Sannio (the modern Molise), where they were deported. From 180 B.C. on, the area was colonized with a vast settlement near Luni, an ancient Etruscan town. Yet, many years were needed to end the incursions of the last rebel Liguri, who found a refuge on the Apuane Alps until the Augustan Era.

In the I century B.C., the first marble mines were discovered and the Carrara valley became a flourishing and important production centre from where a very intense trade with Europe and the Mediterranean area started. Luni and the Carrara territory thrived for five centuries until the fall of the Roman Empire. Later, the Barbarian raids did not persuade the populations to seek refuge in the hinterland therefore seriously compromising the trading activity of the area.

Numerous populations followed one another in dominating the area during the chaotic Middle Ages. The Goths, first, came here by land and originated numerous toponyms that still exist today. Later, the Byzantines drove them away, but the devastation Luni went through inexorably led to the decline of this centre. Finally, the Lombards, who had already settled in Southern Tuscany, could penetrate the valley of Carrara and annexed it to the Dukedom of Lucca. In this phase, the local economy started to recover and the town corresponding to the modern Carrara began to extend, by benefiting from the favours of the Lombard noble families, who considered it as the ideal place where to build their residences.