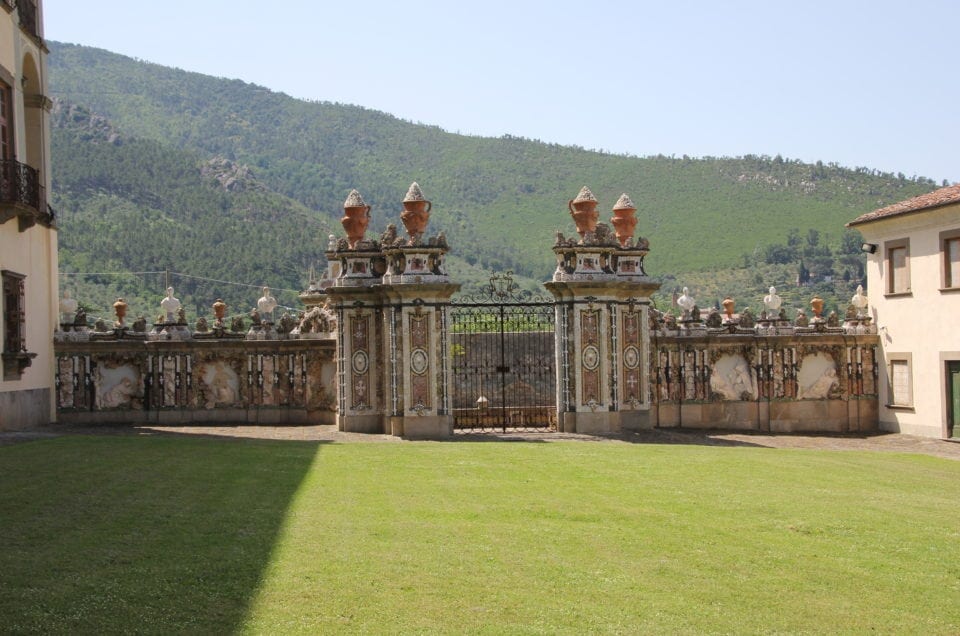 The town of Calci is in the province of Pisa in an equidistant position between the regional capital and the town of Lucca and it has a population of about 6,000 inhabitants. The Romanesque Parish and the nearby Charterhouse, a monastic complex founded in the XIV century, can be admired inside the town.

The name of the town derives from the abundance of stone caves near it. In effect, its toponym refers to the Latin words “calx” and “calcis” that mean “lime”. The first Roman built-up area was called “Locus Calcis” and rose just to start the exploitation of its precious mineral resources. The valley at the centre of which the village developed was soon scattered with parishes, convents and casolari. Because of its charming olive yards and chestnut woods, it got the name of Valle Graziosa. In whole, the territory was a feud belonging to the Pisan Bishopric.

The local economy developed along the stream Zambra. It supplied abundant water and water energy for factories. The transformation of olives called “White Art” constituted the core of Calci’s economy together with the textile industry linked to the manufacture of wool. Thanks to the river, moreover, also other “arts” began such as linen washing and tanning.

The numerous woods that surround the valley and supply timber to the sites of the Pisan republic were a safe refuge for hermits. Among the people who chose these places to lead their lives in solitude and prayer there were San Jacopo, San Verano and Sant’Alessandro as well as Bernardo di Chiaravalle. He spent part of his stay in Pisa during the Synod of 1335 in Calci’s territory.

Calci was a municipal institution with six consuls and it has always been loyal to the Pisan Republic. It was involved in the defeat of Pisa in the XVI century and it was later annexed to the Tuscan Grand Duchy dominated by the Florentines. In order to punish the town for its support given to the Pisans, Florence deprived Calci of its municipal autonomy and included it into the “comunitas” of Vicopisano. Calci detached from it two centuries later with the Unity of Italy and it became part of the town of Pisa.

In 1867, the town got its definitive autonomy through a royal decree issued by Vittorio Emanuele I in 1867.