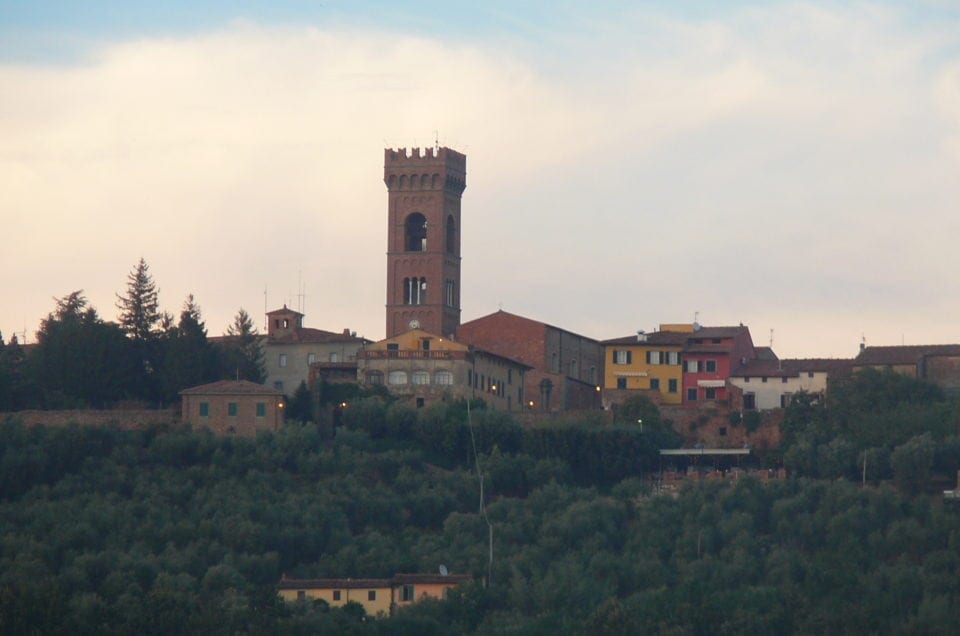 The town of Montecarlo is in the province of Lucca and it has a population of about 4500 inhabitants. The Fortezza dating to 1333, the Collegiata of Sant’Andrea and the Parish of San Pietro in Campo can be seen here.

This town is one of the “youngest” in Tuscany, since it was born in the XIV century, just when the stronghold was built. The fortress, around which the first built-up area was raised, was built for the inhabitants of Vivanaia, a town that had been destroyed by the Florentines in 1331.

The name “Montecarlo” was chosen in honour of the prince Charles, who had been the protagonist of the liberation of Lucca from the Pisans. Once he became emperor with the name of Charles IV, he transformed the stronghold into one of his strategic bases during the battles between the most important Tuscan cities in the XIV century.

At the beginning, Montecarlo was under the control of Lucca, even if the Republic of Pisa ruled it for twenty-five years (between 1342 and 1396). The seigniory of Lucca, as well as the emperor, used many resources to improve the stronghold, around which a massive extension was created in the first half of the XV century as established by Paolo Guinigi. Nevertheless, Montecarlo could not stop the decadence of Lucca and the progressive growth of the Medici.

Since 1437, Florence directly ruled the territory and it took possession of the fortress and of the surrounding area. From that moment on, Montecarlo became part of the history of the Medici’s Tuscan Grand Duchy. The illustrious Florentine family also committed to reinforce the castle, above all because of an order imparted by the Grand Duke Cosimo I de’ Medici, who decided new works to be done around 1555. Yet, a more peaceful and stable political situation caused the decline of Montecarlo.

Since the XVII century, massive works were not carried out any more until the disarmament of the fortress as established by Pietro Leopoldo di Lorena (the new dynasty that had substituted the Medici) in 1775. From that moment on, tourism became Montecarlo’s main activity. The town was annexed to the Kingdom of Italy in 1860 just like all the territories of the Tuscan Grand Duchy.